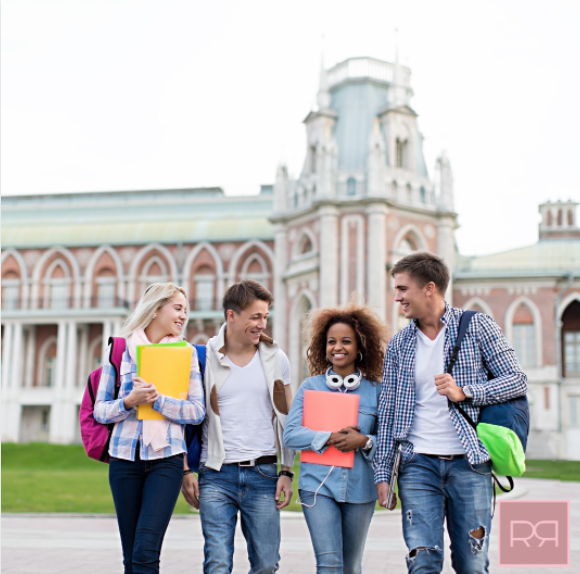 Boasting many excellent colleges and universities in and around the metro Atlanta area, Atlanta is a prime spot for college students and recent graduates wishing to relocate or remain within city limits. Atlanta’s bustling economy and lively culture attract students and recent graduates alike. Many find themselves unsure of the best place in our state’s Capital to call their new home. The city is home to 242 distinct neighborhoods, each that comes with its own culture and amenities. As of 2021, the average rent in Atlanta is $1,645 and the average apartment size is 974 square feet.

Downtown is the perfect location for students and recent graduates alike. This convenient location is near Georgia State University’s campus and MARTA. The neighborhood is walkable and houses many tourist attractions such as the Georgia Aquarium and Centennial Olympic Park. The average rent for this neighborhood is $2,305.

Atlantic Station has recently become quite a popular neighborhood due to the number of living spaces. Apartments, condominiums, and townhouses are available for rent or purchase in this beautiful calm neighborhood located on the northwestern edge of Midtown. Home to a large retail district, residents enjoy proximity to popular retailers and restaurants alike. The average rent in Atlantic Station is $2,174. College students and other residents enjoy attractions such as the Millennium Gate Museum and the High Museum of Art within walking distance.

From old Victorian homes to modern condominiums, Midtown is one of Atlanta’s most popular neighborhoods for tourists and residents alike for several reasons. The high-energy culture thrives in this district filled with many restaurants, bars, and nightlife and hosts many festivals and concerts year-round. Peachtree Street houses many renowned restaurants and performing arts theaters and the Midtown Mile hosts one-of-a-kind restaurants and boutiques. Residents regularly enjoy many major attractions such as Piedmont Park, The Atlanta Botanical Garden,  the Varsity, Atlanta Symphony Orchestra, and Georgia Tech. The average rent in this area of Atlanta is $1,885.

Known as the “Beverly Hills” of Atlanta, Buckhead is the hub of many major commercial and financial companies. North of Midtown and Atlantic Station, this is a unique urban neighborhood centered within a suburban area. Historically upscale, this area is home to major shopping destinations Lennox Mall and Phipps Plaza. Buckhead is one of Atlanta’s trendier neighborhoods, with the average rent ranging from $1,800-$2,141. The King + Duke restaurant, Havana Club, and Moondogs are just a few well-known amenities nearby.

One of the oldest sections in Atlanta and known to residents as O4W, this former industrial area has experienced considerable redevelopment in the past two decades. Edgewood Avenue is a bar and restaurant district that connects this neighborhood to downtown Atlanta and Inman Park. It’s home to eclectic hangouts for residents such as Café Circa and Sister Louisa’s Church of the Living Room and Ping Pong Emporium. The former 1920s Sears, Roebuck, and Co. building, Ponce City Market attracts many to its trendy market with various eateries, indie fashion, bars, and a rooftop area. Old Fourth Ward’s average rent is $1,899.

Scottish and Irish mill workers in the late 1880s cooked so much cabbage that this area of Atlanta was eventually called Cabbagetown. This eastside neighborhood is a great way to remain in metro Atlanta and within proximity to the city’s center while saving money. The mill that employed residents of this neighborhood closed in 1977, falling into disrepair. Recent developments have turned it into a thriving neighborhood, housing a vibrant and active art culture specializing in tags, graffiti, and murals. The Krog Street Tunnel connects this area to Inman Park, and underneath the rail tracks, visitors can see the vibrant art culture come to life. The Krog Street Tunnel and Cabbagetown Park are hotspots for visitors and locals alike. The average rent in this neighborhood is $1,709.

Atlanta’s first-planned suburb recently gained popularity when the Eastside Beltline was completed, linking the neighborhood to nightlife, restaurants, and shops. The Krog Street Market is housed in the heart of Inman Park and offers residents and visitors an assortment of artisan baked goods, locally grown produce alongside popular restaurants and retailers. College students and locals enjoy amenities such as Springvale Park and Fritti and Wisteria are just two popular restaurants among many others in the area. The average rent for this part of Atlanta is $1,782.
share Share
arrow_backANN TERRY EDUCATES HOMEBUYERS ON HOMEOWNERSHIP!
Return to Blog Index
HOME DESIGN TRENDS THAT ARE HERE TO STAY!arrow_forward