Should You Live Together Before Marriage? 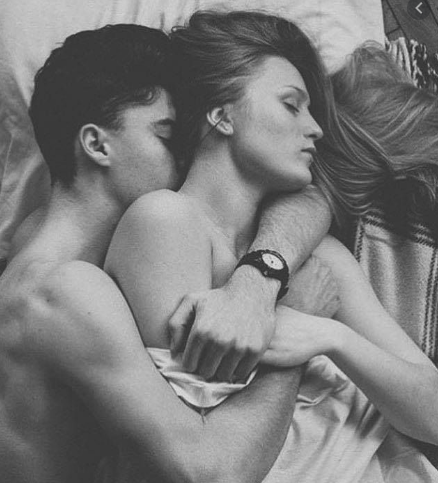 Now listen I'm not God and the Bible says you should be married before living together. Darrell and I did it the other way around. We lived together first and then had the marriage. The reason being, it made more sense to have one household of bills with two boys and twins on the way. Would I change it? Probably not. Because hanging out all weekend long and a few times a week while dating is different than full-fledge combining everything. Some people have long-distance relationships so living together isn't an option and hey if it works for you so be it. But one thing for certain is you get to know the down-low, nitty-gritty about a person when you live together. Case 1, I have really bad allergies and sometimes they act super crazy. Well, when they act up I have to keep rolls of tissue. So I will have a big pile of snotty tissue in the bed or on the floor and Darrell HATES it. Now I keep a plastic bag with me so I don't have to leave tissue all around. Had we not lived together it may have taken him a while to know that about me. Case 2, Darrell likes to store important paperwork in the most random places. Well, I go and I reorganize it and put it where I think it should go. He gets upset because that's his filing system and he understands it perfectly fine. It's just small things that can build up and if you don't have a conversation about it, it could turn a mole into a mountain. Another thing to think about is if you have kids involved. Where is the better school system, lower crime rate? Are you willing to move your child from the friends they've known so long? Will it require family therapy? So I live in Smyrna and Darrell lived in Rex. I was so serious about not moving to Rex. Darrell felt we should move down there because the house was bigger. But I felt this location was more convenient and my house was just updated. So we debated for a while. I finally told him look you and King can stay down there and we will come to visit yall. Of course, they moved up here, lol! So Mr. Freeman lives down in Rex now. Although he's never there and really lives with us we will eventually rent that house out and rent this one out too. Another thing you have to talk about is the bills. These things are inevitable. We didn't have a plan for the and bills and we just kind of did whatever for like the first year. I remember in premarital counseling the pastor said yall have separate bank accounts? Oh so basically yall roommates. I was hollering. I said, damn we are roommates. Then we came up with a plan he pays the mortgage and I pay the utilities. Well now it's he pays everything in the house and I save and pay for the kids. We've started budgeting and pay attention to where our money is going because we both make a lot of money. You have to be very cautious about how you spend every dollar and you must save. Even if you make millions of dollars. If you don't save and invest you will be broke. You need a budget. As far as chores go of course we have kids so they do chores but I'm the person to primarily clean up. I mean he works all day and night for days in a row, I wouldn't expect him to come home and clean up too. And that's pretty much been that since the beginning. I'm also the one who cooks. He may cook here and there but not really. Mind you he can hella cook. I feel like living together makes it easier. You get to spend more time together not driving to each other and you get to know the person. This can make or break the relationship. And we want it to make a happy marriage. There could be habits that a person has that are just completely unacceptable to you. And you may not know until you live together. Darrell and I are the same people but in different ways, so that's why I think it works for us and I'm loving married life. I remember I said I wouldn't live with anyone ever again until we got married. Well, I lived with someone again and we weren't married but we ended up getting married, so it all worked out. I learned don't ever say what you won't do. I would say play it by ear and see how things flow. Don't force anything. Whatever is meant to be will be. And if you're getting married, thinking about moving and need to see what's available for you. Click the link to see what's for sale.
share Share
arrow_back7 Things to Consider When Getting Married
Return to Blog Index
The Dreaded Finance Discussion Before Marriagearrow_forward